Harlow is a town in the South East of England in the County of Essex.
The town is about 26 miles from the centre of London and 18 miles from Stansted airport.
Harlow is on the borders of the county of Essex and the county of Hertfordshire,so close that while standing in Harlow you can have a foot in both counties.
Harlow has all of the amenities you would expect of a modern town.
Sports are well catered for. See over 100 Harlow Sporting Links.
Industry is diverse, many firms taking advantage of the M11 and the nearby A10 linking Harlow with London, Cambridge, Stansted Airport and the M25 & A14.
Harlow now has two enterprise zones.

Harlow was one of the first new towns constructed since the Second World War.
In 2017 Harlow "new town" celebrated it's 70th birthday.

Harlow's current population is around 89,000 but the immediate local area population would be well over 100,000.
Harlow's population is increasing daily, with over 20,000 new homes built or planned in the area, but not the infrastructure to cope with any additional traffic.

London Councils are increasing Harlow's population, by dumping their tenants in industrial units and office blocks within Harlow in line with Conservative government housing policy.
Many are nowhere near schools or doctors and have limited parking provision or none at all.
This has increased demands on local services,
Doctors practises have now seen their lists increase, putting more pressure on local Harlow residents ability to get a doctors appointment, putting more pressure on Princess Alexandra Hospital A & E department.
Schools have had a sudden unplanned rise in pupils putting more pressure on local Harlow residents ability to get the school they wanted.
Police have seen an increase in crime.
The actions of developers like Caridon have made Harlow negatively famous in the media for Caridon's redevelopment of Terminus House offices into flats.
Caridon have been given a major development contract by Princess Alexandra Hospital Trust.


In the 1950's the majority of the new town settlers came from North London, around Tottenham, Edmonton and Walthamstow, consequently there are a lot of Tottenham Hotspurs fans within the town.
With so many Spurs fans in Harlow there is a Spurs shop in the Harvey Centre, Spurs Store location map.

When it comes to retail there are two main shopping areas, The High, (town centre) Map and Temple Fields Industrial Estate Map where the larger "out of town" warehouse type shops are, this is increasingly the main shopping centre for Harlow.
Harlow Public transport links:
Harlow is served by two stations, Harlow Town and Harlow Mill linking to London, Cambridge and Stansted Airport, neither station is in the town centre.
In London the train terminates at Liverpool Street and Stratford Stations, the trains are operated by Abellio Greater Anglia
HarlowRide links to all the bus time tables and routes around Harlow.
Metro Cars   offer a licensed Private Hire mini cab service, plus Harlow Black Taxis

Harlow is the main town in the area for the emergency services, the fire and rescue , police and the East of England Paramedic Service all use it for their main local base.

The Police have the Western divisional headquarters in Harlow, covering the areas of Epping, Brentwood, Ongar and as far South as Chigwell.
There has always been a link to Harlow police but the new website (2020) was too inaccurate to link to any more, regrettably I've pulled it.
The Police station is closed of a night time, the best place to find a police officer is the A & E department at the hospital, where it seems there is always one or two cars parked up.

The hospital, Princess Alexandra is the main accident and emergency hospital for the area. Care Quality Commission report on Princess Alexandra Hospital
At the Conservative Party conference September 19th 2019 it was announced Princess Alexandra Hospital Trust will get the funding to build a new hospital next to a road that hasn't been built yet, (M11 junction 7a) to the East of Harlow near Sheering, Essex.
Looking at the prospect of a new hospital to the East of Harlow I will welcome the drop in noise pollution, I will not have sirens that exceed 90 decibels passing my front door all the time, though I think the residents of Old Harlow, Gilden Park, New Hall, etc will soon tire of the noise. 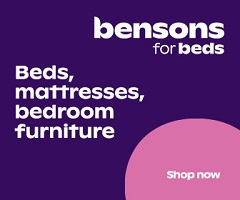